The perfect bullshit shitstorm and something to help you deal with it. 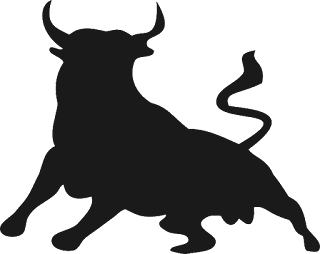 "Bullshit" and it's synonym "bollocks" are common English expletives regularly used in response to  nonsensical or misleading statements which have no concern for reality or the truth.

Next week we in the UK will have a new Prime Minister, Alexander Boris Pfeffel Johnson, who has built his whole career in journalism and the pursuit of political power on bullshit. If bullshit was an Olympic event Johnson would win silver, we all know who would win gold, after a photo finish. If you want to know more about Johnson go to this link in today's Observer newspaper. The 10 ages of Boris Johnston

Why am I concerned about bullshit? If you read my previous post you see that those who do not want action on climate change have made strategic use of bullshit to refute the claims of climate scientists with great success over the last 30 years and now we are about to be confronted by a shitstorm of bullshit once Johnston is in office and I want to be able to refute it.Oligarchs, think tanks and global warming

If I am honest I only tell you what I believe to be true. If I tell you an outright lie I am aware of the truth but have chosen to ignore it. The Bullshitter  however isn't at all concerned about the truth or facts, he doesn't care because he only wants to persuade you to accept his point of view. And sometimes to entertain you because comedians are thought to be harmless. He's a snake oil salesman.

When I Googled bullshit  I discovered a really useful bullshit refutation toolkit. Calling Bullshit.
It discusses the principles and philosophy of bullshit, how to spot it in the misuse of correlation, the making of unfair comparisons, deliberate misuse of statistics, dodgy graphs and fake news stories.

That's it folks..... it's up to you now to look at the, "Calling Bullshit" website by following the link above and equip yourself to identify and deal with bullshit in all of it's many forms.

PS
Its now Friday 26th July 2019,  Johnson has been elected Prime Minister by a caucus of 90,000 Conservative Party members. We have 46.8 million people registered to vote in the UK. So he was chosen by 0.0019 % of the electorate. If this happened in Africa we would be described as a "failed state".

Sixty five years ago I had my first school chemistry lesson  with, "Doggy Collins"  a scary old Welshman. I clearly remember two topics that are relevant today, the gases comprising the earth's atmosphere and the, "scientific method".

The air we breathed then contained approximately 300 ppm of carbon dioxide it now contains 400 ppm, a 25 per cent increase in 65 years. This is a scientific fact, in other words there is a very strong probability that it is true. Doggy's scientific method involved three steps;


I should add a fourth....... present your methods, results, discussion and conclusions to the scientific community to seek consensus by peer review.

Meanwhile there is a vociferous minority, in the USA  and UK denying that this is the case. They  are presumably happy to accept scientific consensus if it benefits their health or wealth but not if it means radical lifestyle change and inconvenience. People on every continent are experiencing the effects of climate change; from wildfires in California, to drought in Somalia and melting ice at the poles.

Closer to home; in the 1950s Crofters in this village made hay and grew oats, the climate was good enough at the appropriate time to make hay and harvest oats. Now it could not be done, the summers are too wet for haymaking and September too wet for harvesting cereals. Our annual rainfall in the W. Highlands has increased by 45 per cent in the last 20 years. We don't have significantly more wet days but when it does rain the rainfall is much heavier.

In the USA and the UK anthropogenic global warming denial is generated and lead by right wing  think tanks and media funded by oligarchs and business corporations who have a vested interest in avoiding any mediation, it would lower their income and increase their costs. So, the "think tanks" churn out misinformation ( fake news) to create doubt about the science. This benefits their owners by decreasing support for mediation measures. The myths and misinformation are readily adopted by populist right wing politicians..... you know who they are!

The think tanks, right wing media and their supporters use the same tactics that gave us consumerism.... marketing!. They influence public support by casting doubt on the consensus among scientists. In the UK it has been found that only 11% of voters believed that the scientific consensus was 90% or more....... very effective marketing.  The gap generated between the public perception of scientific consensus and it's reality has delayed effective action to mitigate climate change.

If you are part of the consensus and recognise the global climate crisis you can outwit the  deniers by countering myths and misinformation, but more effectively by inoculating people against new myths......... explain how science works!  here is some ammunition  .....The effects of climate change NASA

Members of Parliament debate the potential extinction of red squirrels 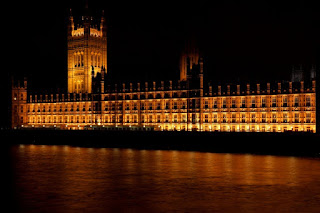 At the end of February the UK experienced it's hottest ever winter day. On the same day there was a debate in Parliament on the climate change emergency.

I counted 35  of our 650 MPs in the photograph of the debating chamber. The other 625 were probably too busy having lunch with lobbyists or filling in their expense claims; the best part of their week.
Westminster Debate on Climate Change, The Guardian.

In the one and a half hours available there were over thirty contributions from the politicians present. They concluded that the threat to our iconic red squirrel population from the invasive, alien greys must be removed.

If you write a blog,  each day you get a summary of how many people have read posts in the last 24 hours and which posts they have read. Since the first of three posts about the red squirrels in the Coquet Valley and their potential extinction was written in October last year; someone, somewhere in the world has read about them every day.

It seems that people find it easier to identify and engage  with, small, furry, bushy tailed little mammals and their plight than with the human existential problem of climate change. Politicians certainly do.

For a really accurate, concise and readable account of the grey squirrel problem and possible solutions you can read the MPs briefing paper yourself.Briefing paper on the extinction threat to red squirrels