Three days ago I posted a blog about the re-introduction of white tailed sea eagles to Scotland, since then there have been over 100 views ( it's not exactly gone viral! but does show a  level of interest). 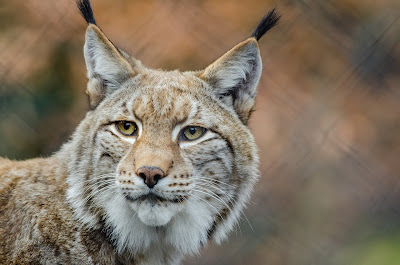 Across Europe rare and endangered species are being successfully re-introduced and revived. Only Belgium, Denmark, Netherlands and Britain have no breeding population of at least one large carnivore species. (Chapron et.al. ).

These rising populations of bear, wolf and lynx in W. Europe are due largely to the EU Habitats Directive which compels member states to protect and revive rare species. When the UK leaves the EU we will lose this compulsion and the possibility of more re-introductions.

The future for re-introduction looks bleak. Last year  a public consultation meeting about the re-introduction of lynx to Kielder Forest in the Scottish Borders resulted in an angry slanging match between those for and those against. The local Tory MP claimed that 90% of locals did not want it, the Lynx Trust claimed that 90% did want it. (Hexhan Courant Mar 2016). Without EU support and with a right wing Tory government which panders to farmers wildest unscientific claims  lynx re-introduction is a long way off.

In June 2016 I voted to remain in the EU, leaving, I believed it would be political folly and bring economic catastrophe, I can now add weaker environmental protection and species conservation.