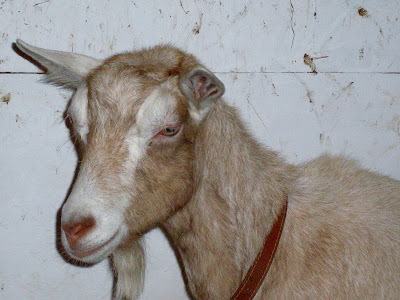 Pia pronounced "Peeya" arrived in the dark last night from Monikie. She's the British Toggenburg that Dale decided to buy after last week's shopping trip.  As BTs have been selected for milk production over the last 90 or so years she's bigger than the Toggs. Bigger goats generally produce more milk just as Holstein cows were bigger than the Friesians they replaced in many dairy herds.

Pia was mated to one of the Guilden bucks about four weeks ago and hasn't come back into heat so it looks as if she is in kid and due early in April. 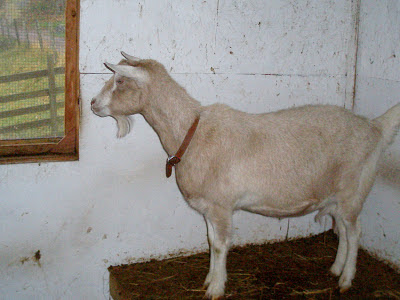 She is looking wistfully out of the window; its drier and sunnier on the east coast. Socially she has already established that she's the boss and the two kids have to get into line. We need another pen really otherwise the kids will have a hard time this means  more joinery. During winter they will have to come indoors at night while the field shelter should be be enough protection during the day.