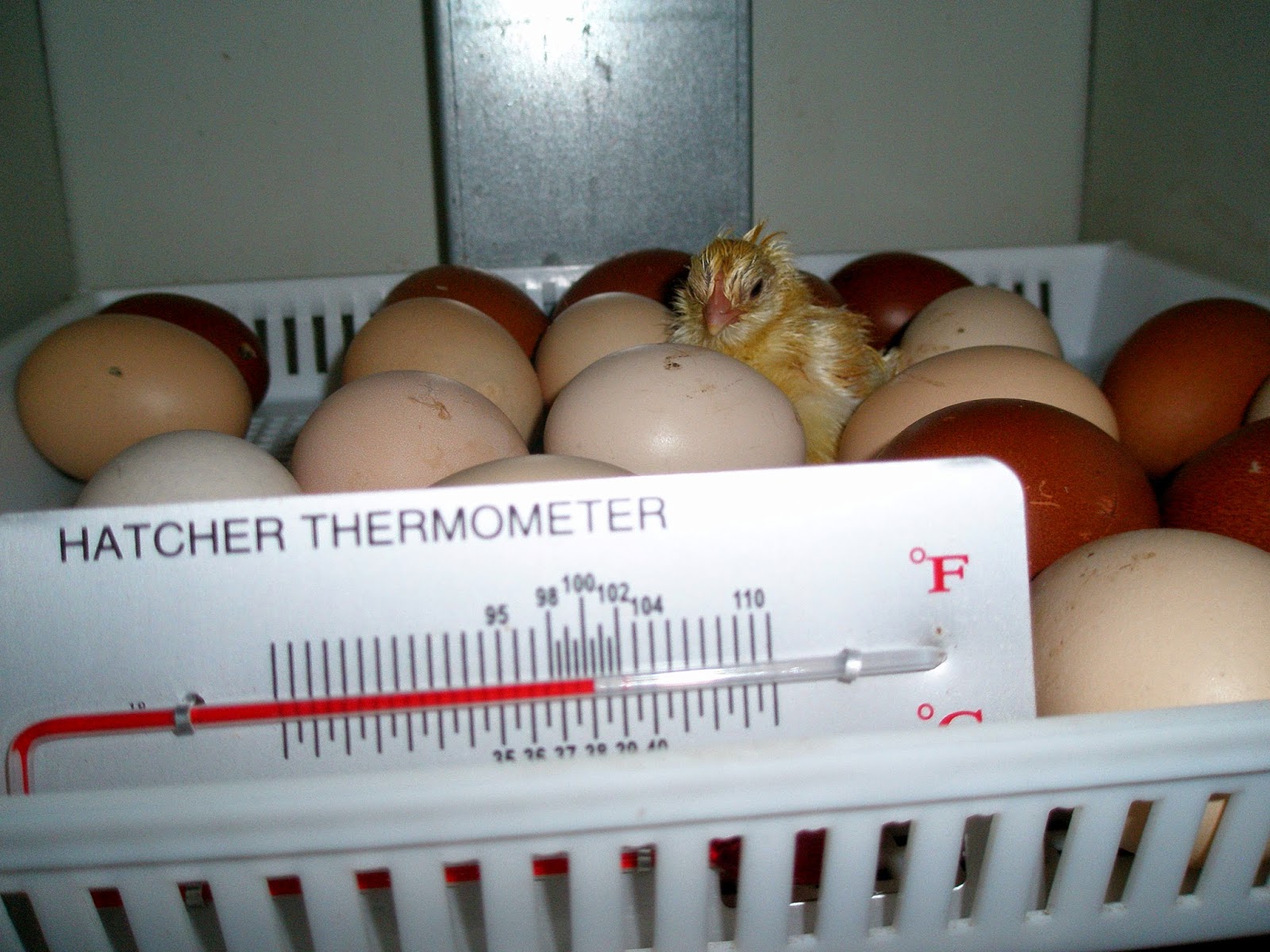 The Bresse Gauloise eggs from Ralf in Germany weren't supposed to hatch until tomorrow, Good Friday. They started hatching today. I thought that the incubator was running a little on the high side, 37.8 C instead of 37.5C  even such a small difference over 21 days can make a difference. But there is always a normal distribution of things in biology, the "bell curve" , in any population some individuals are early, some are late and most are around average. So some start to hatch on day 20 and there will still be some to come on day 22 with the majority on day 21......... Enough of statistics!

There is an early little black chick because I also got some of Ralf's "Copper black maran" eggs, these lovely black hens with copper neck plumage lay eggs with dark chocolate shells that are good for farm gate sales. I got eggs from Ralf and an English breeder so that the two lines are as genetically distinct as possible and will produce very fertile eggs.

As I explained to the Editor (Kilchoan Diary) in the pub earlier. ......In the past I could have rattled off a post like this in minutes, now I have to switch between computers, the new "tablet" which is like learning computers all over again and the old laptop that has all of then images on it.  But its always the same when I change computers it takes forever to learn the new systems.