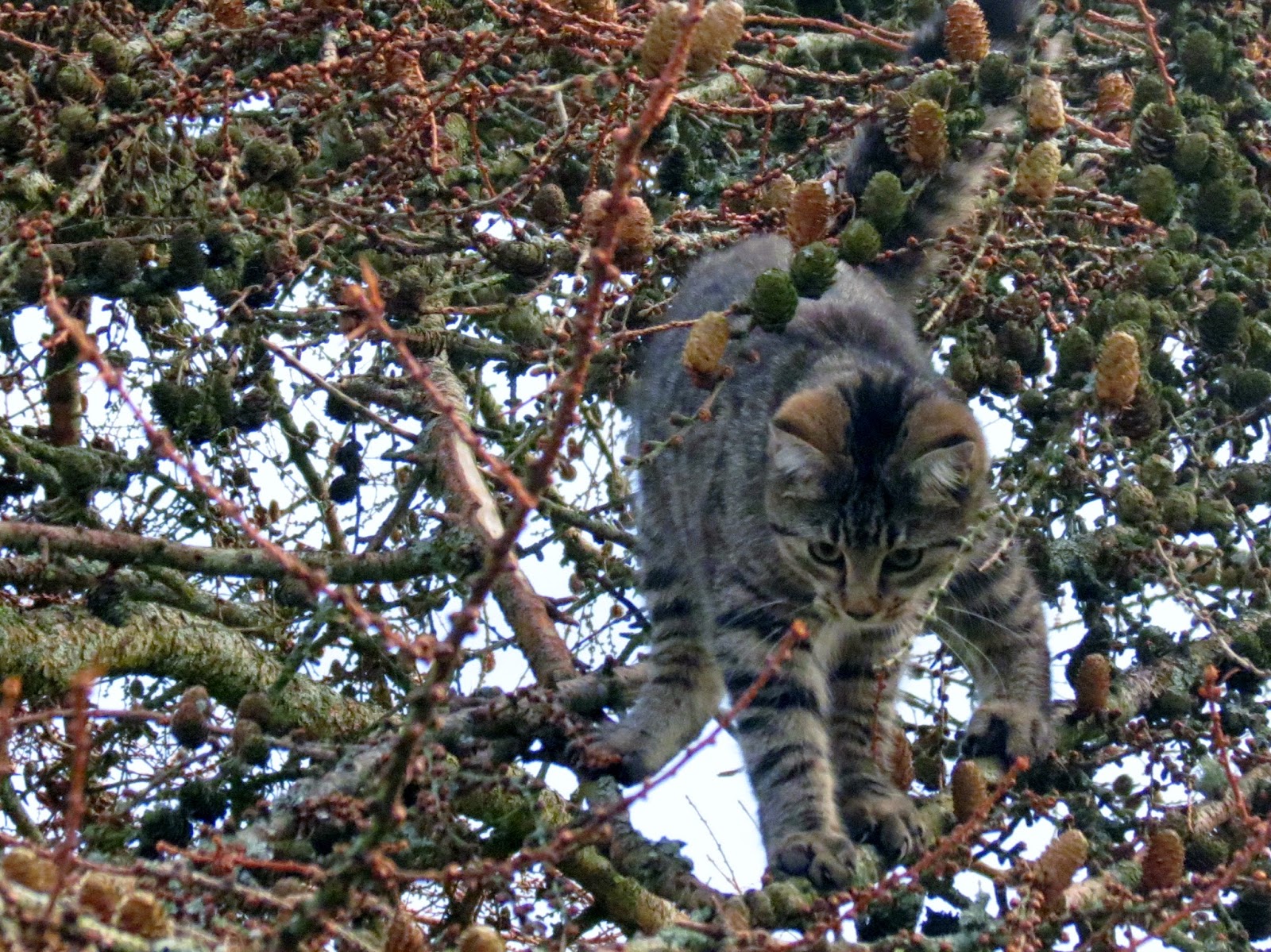 In the 60s the fabulously funny essayist Alan Coren produced a collection of his work "Golfing for cats" with a Nazi swastika on the jacket. He had worked out that the best selling books at the time were about cats, golf and the Third Reich.

The title isn't just to attract your attention; it is about cats (no golf and no Nazis), Ms. Mimi our tree climbing, big game hunting nine month old cat has been attracting attention herself. Is she part wildcat? 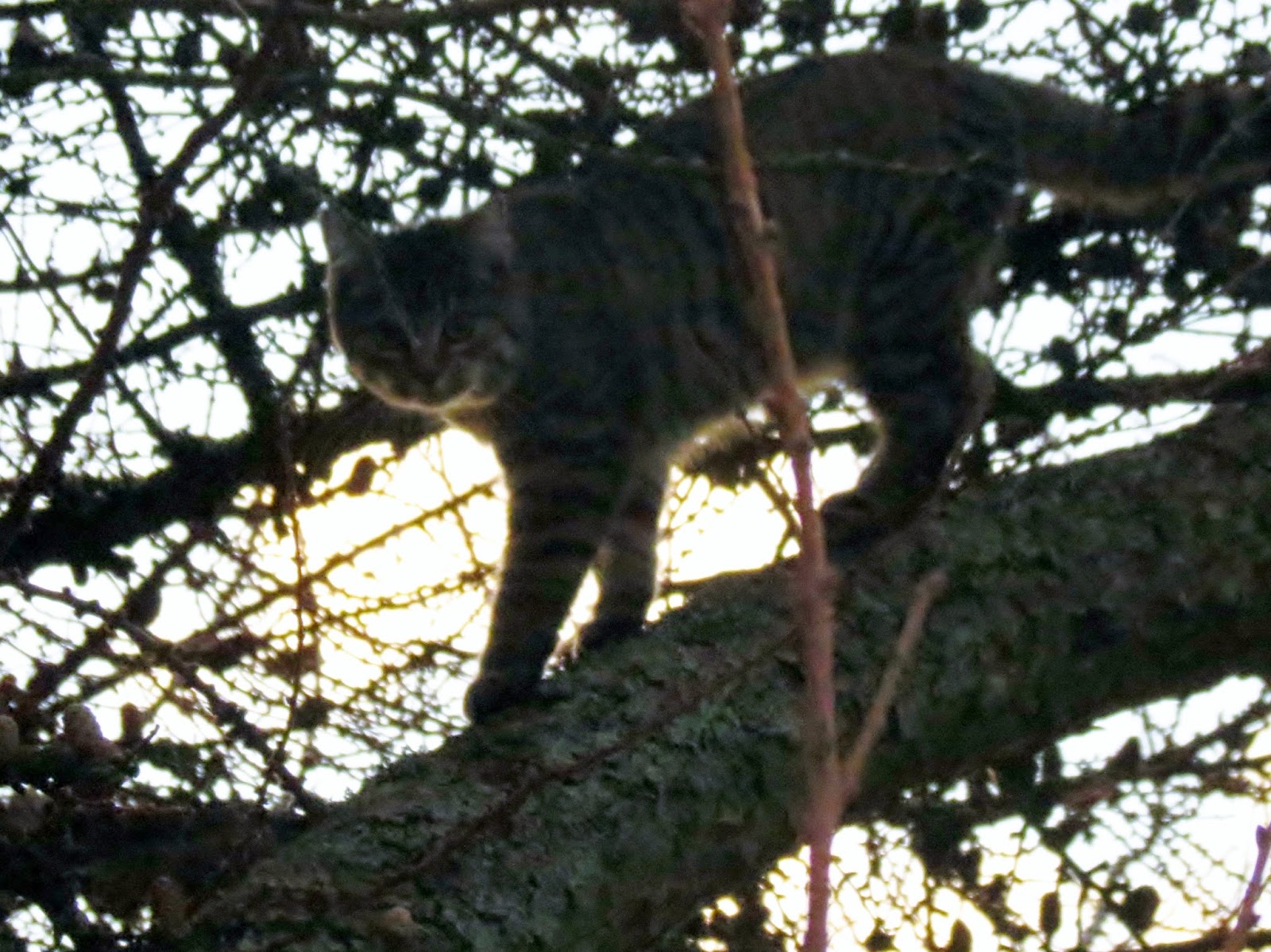 As she was bred in Ardnamurchan there's a remote chance that she has some wildcat DNA, way back.

After last week's fox hunt she was stretched out on the kitchen table as the hunters were having their coffee so a wealth of expertise was brought to bear. Her tail is too tapered at the end, the dark ridge of fur along her spine runs right up to the tail, her head markings are too blurred and she is far too civilised.

If you want to know more about the Scottish wildcat  how to identity it and its conservation here in W. Ardnamurchan have a look at www.wildcathaven.com.