Sheep and goats indoors for the winter


Last week the sheep came inside; just in time! This week we seem to have had continuous rain, hail and sleet, hurricane force winds and this morning while I was milking spectacular lightning from side to side of the Sound of Mull. 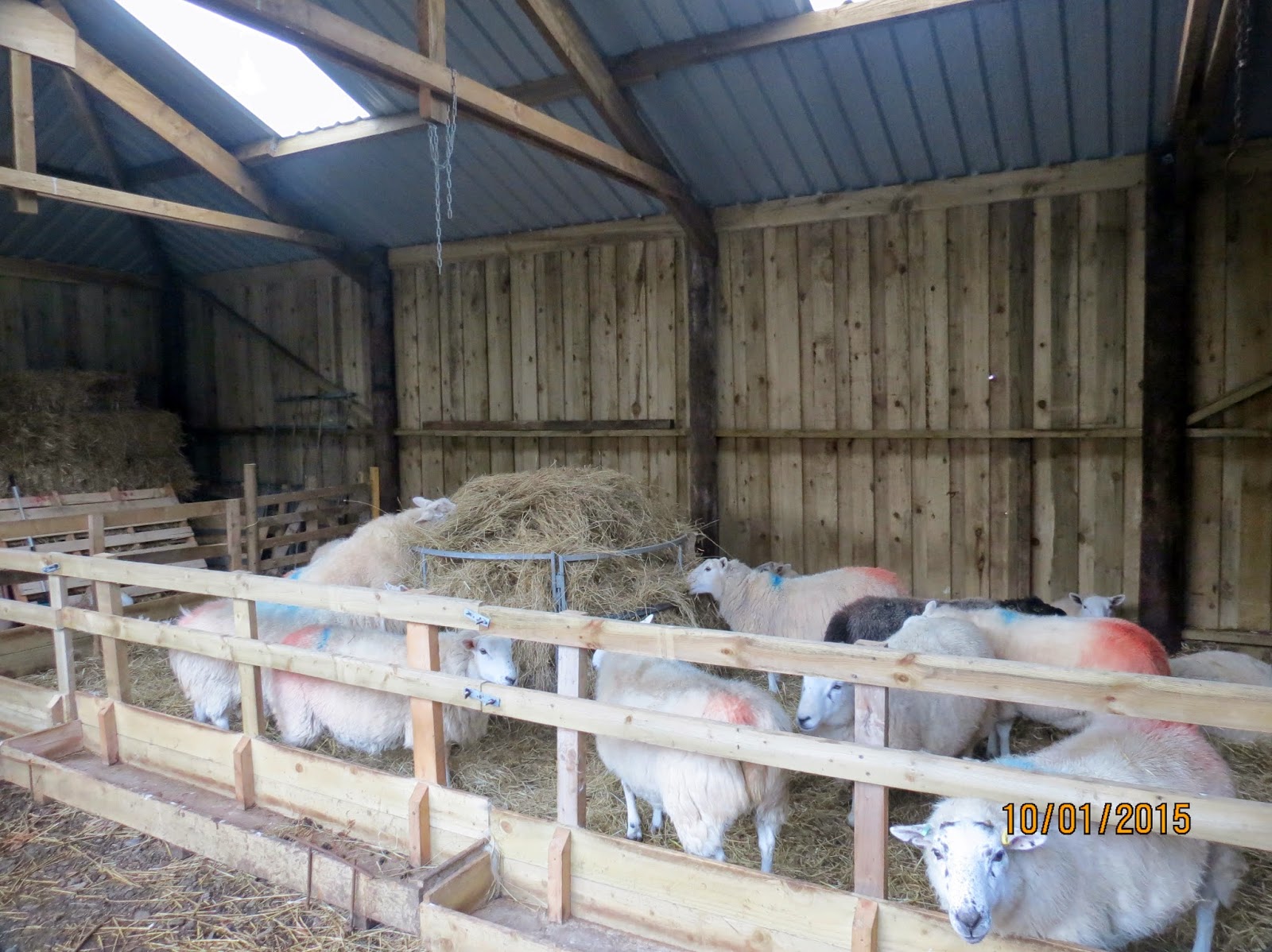 As I've said before, the sheep housing is for the benefit of the shepherds as much as the sheep. I can feed them in five minutes and look them over more easily. Some sheep don't seem to appreciate the level of comfort they have been given. There's one that continually escapes through the feed barrier. BBC Farming Today heard a piece on animal behaviour that suggests some sheep don't like to be confined in houses. Makes sense really. They have up to a hectare each on the hill and then get about 1.5 m square indoors.

The goats don't mind indoors. They
don't have wool, only hair with a bit of cashmere underneath in some cases and can't stand rain especially when its driven by the wind. This doesn't mean that they don't plot escapes just for the hell of it.
Posted by Tom Bryson at 05:01