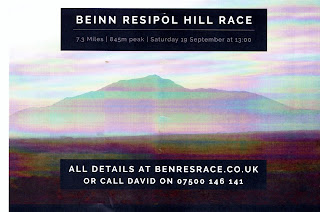 The summit dominates the peninsula between Salen and Strontian its 825 metres above sea level and a 7.5 mile round trip from the shores of  Loch Sunart.

Yesterday the winner of the hill race completed the course in 1 hour 10 minutes.

That's an average speed over the course of five miles an hour but on the downhill section the top runners flew past at over ten miles an hour waving arms for balance and with  great leaping strides. 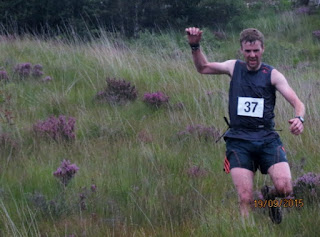 I took part, in a less active role with John Dove,  as course marshals we were only a 30 Min stroll from the start, an appropriate job given our combined ages add up to 145 years. Not only is the winner's time remarkable but all 64 competitors completed the run in under three hours. the last time I was on the peak it was an eight hour round trip.

Next year its on again, same weekend, same place.