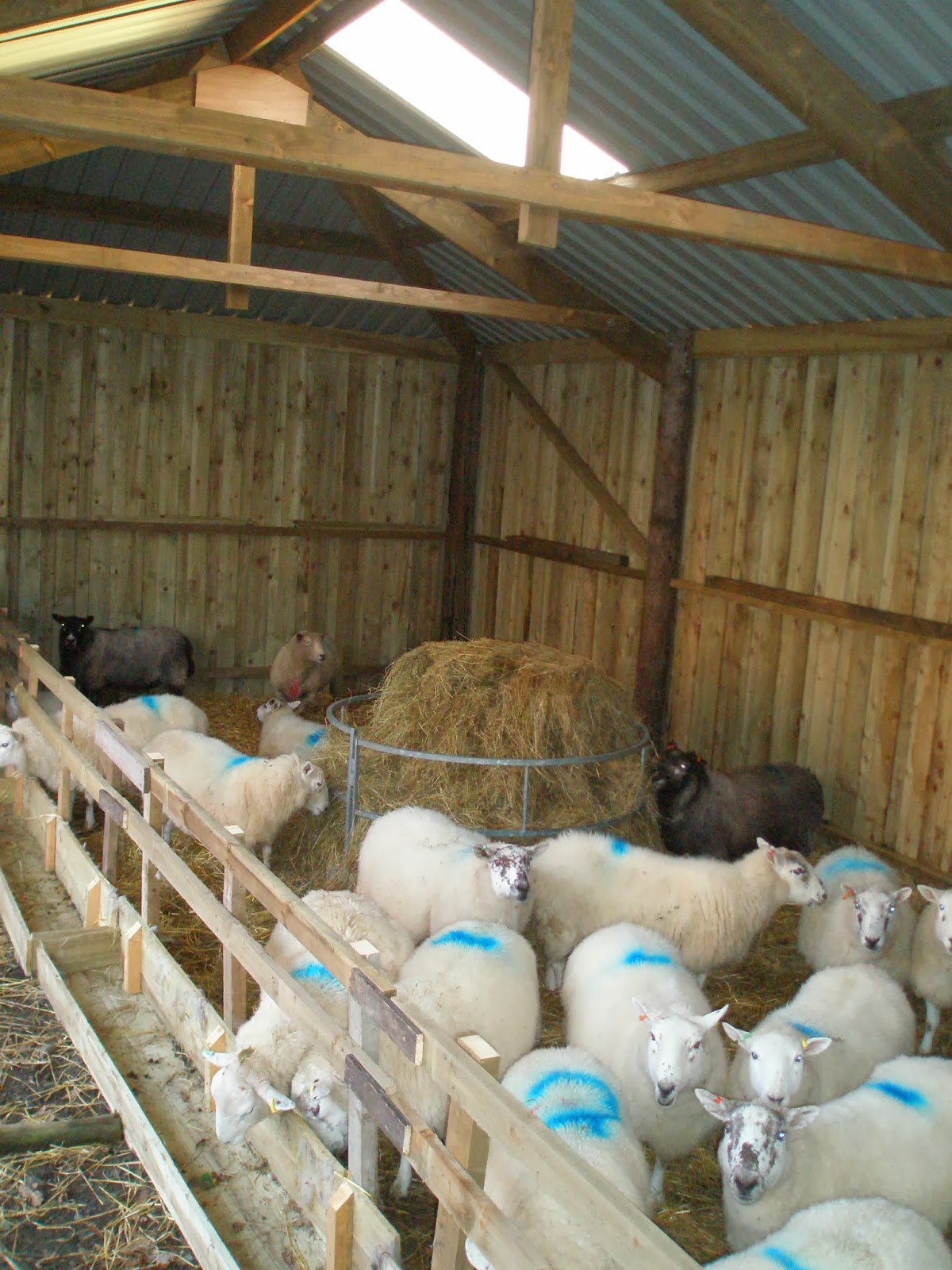 The ewes are now inside for the rest of the winter but there are a couple of "bad ass ewes" still trying to escape by wrecking my feed barrier. There is a design fault. I thought that its weight would be sufficient to hold it in place and that the rails were spaced at exactly the right distance to deter escapees. Wrong on both points.

The bottom rail will have to come down by at least 50mm and the trough will have to be secured by driving some rebar rods into the floor in front to resist the pushing at feeding time. Then it should be OK.

They aren't as wild as Blackfaces but they'll take some time to settle down in confinement.
Posted by Tom Bryson at 02:26