Mid January - The sheep and shepherds are indoors again 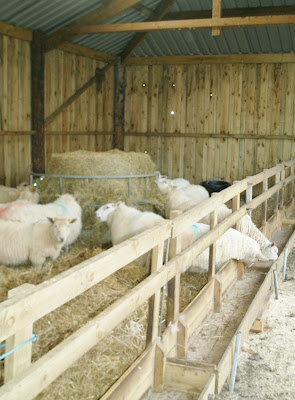 Yesterday the ewes followed me down off the hill and trooped into the sheep house , they seemed to know they would be more comfortable. It also means that elderly shepherds are out of the weather and don't have to carry food to them.

They are inside now for at least ten weeks, until they lamb in April. We can manage them more closely and keep the lambs inside until they are at least 48 hrs old and able to withstand the weather. Hypothermia kills more neonatal lambs than disease, poor nutrition and foxes,

The older ewes are  five to six years old and seem to know what to expect. They settle down quickly with a minimum of  stress. After all shepherds have been housing their flocks since the sheep were first domesticated for protection from predators at night so they have probably developed a tolerance for it. Their social hierarchy is well established too so their is a minimum of aggressive interaction in this new environment. 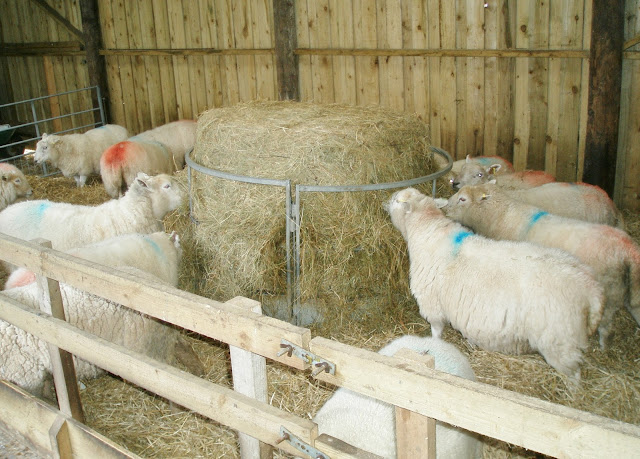 The blue mark on the shoulder is my flock mark, there is a small nick in the rear edge of the nearside ear that is also my mark but it's difficult to see. The red marks get fainter as the mating season progresses, they show that the ewe has been mated.
Posted by Tom Bryson at 02:35