Phil......... this is why I think that the American people will get it right eventually. 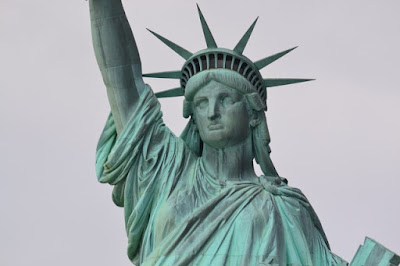 My friend Phil doesn't post comments on the blog, he is computer literate ( he can switch it on and off) but hasn't worked this out yet. He emailed,

"What evidence is there that Americans do the right thing eventually?".

They abolished slavery, sorted out two world wars for Europe (a bit reluctantly perhaps) they elected Obama. and invented rock and roll.  I realise that's not a slam dunk answer so how about this?

A quick scan of today's newspapers; The Guardian (UK), Le Monde (France) and the New York Times gives me some cause for optimism. It's evidence based stuff..... remember that?

President Trump lost the popular vote. Today, his first day in office, he has the lowest approval rating on record. Lower than Nixon's on the day he resigned. It can't get much lower.

Today hundreds of thousands marched to protest President Trump's agenda, the biggest protest was in Washington DC. For disapproval alone to bring change it will take a full term and eviction at the next election in 2020.  But, people with values similar to Bernie Sanders are numerous and organised they probably realise that they need to become a populist movement of the left in order to win and they can do it.

US workers have seen no real increase in wages for 30 years and President Trump is putting the people who screwed them over into high office across government, his cabal of billionaires. Many of those who voted for him will soon realise this.

For change to come sooner there is always impeachment. President Trump's links with Russia are already being investigated and he is still carrying on business with foreign countries contrary to the Constitution of the United States.

Then there is outright failure to deliver. Today President Trump signed an executive order to remove "Obamacare", potentially leaving millions without healthcare. The Republican Party is deeply divided over this his action could fail

Hope that answers the question Phil. I have tried to be polite, it's difficult.  No more political posts, I need to get out more.

Makes sense to me Tom though I have some dread of the possible consequences of "The Donald"'s use of his sweeping presidential powers in the meantime.

May day coming up this week! Will she wear trousers or her tartan suit perhaps?