Dude crofting 2::The Dude and the ragwort

You may remember back in May we were providing recreational opportunities for the metropolitan elite with "Dude Crofting".  You might think after seeing the photograph that this was an audition for the remake of, "Deliverance" its the hat that does it. 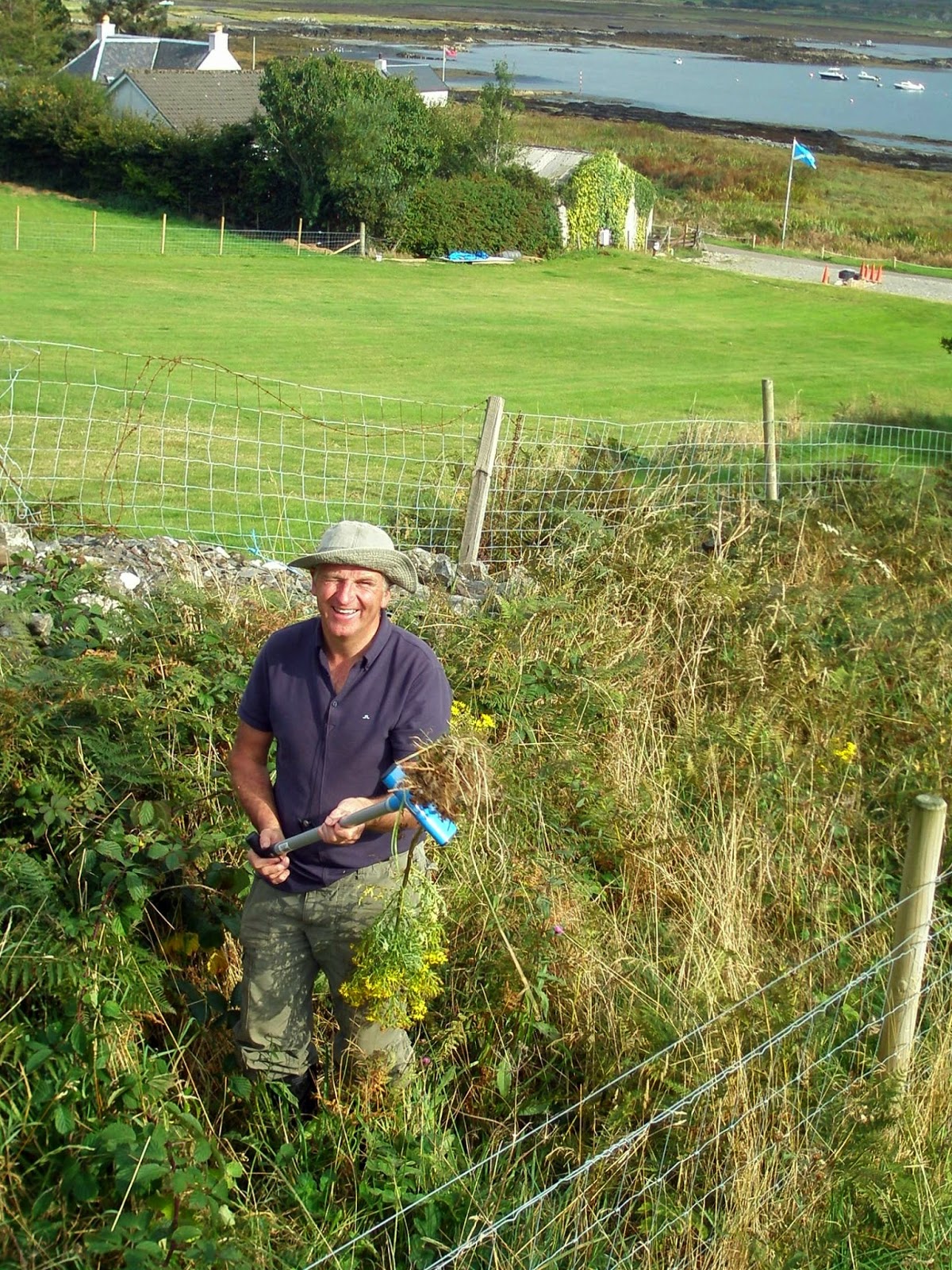 Today we had Alasdair digging ragwort, he even brought his own ragwort fork to uproot them. He did an excellent job and even bagged them up afterwards.

It was pointed out to me a couple of years ago that ragwort is a much misunderstood weed. People will tell you that its "notifiable" ,you have to report it to DEFRA or SGRPID, its not and you don't. This mythology arose early in the last century when a merchant was successfully sued by the owner of horses which died as a result of eating ragwort in the hay that he supplied.

It can be toxic when dried and eaten by horses but some Dutch research concluded that a sheep or a goat would have to eat its own bodyweight in ragwort before it died. This would be highly unlikely because the material is so bitter and unpalatable.

We'll continue to uproot it in the hay park but I'm not too worried about it elsewhere and it is an essential plant for some of our rarer moths.
Posted by Tom Bryson at 12:17